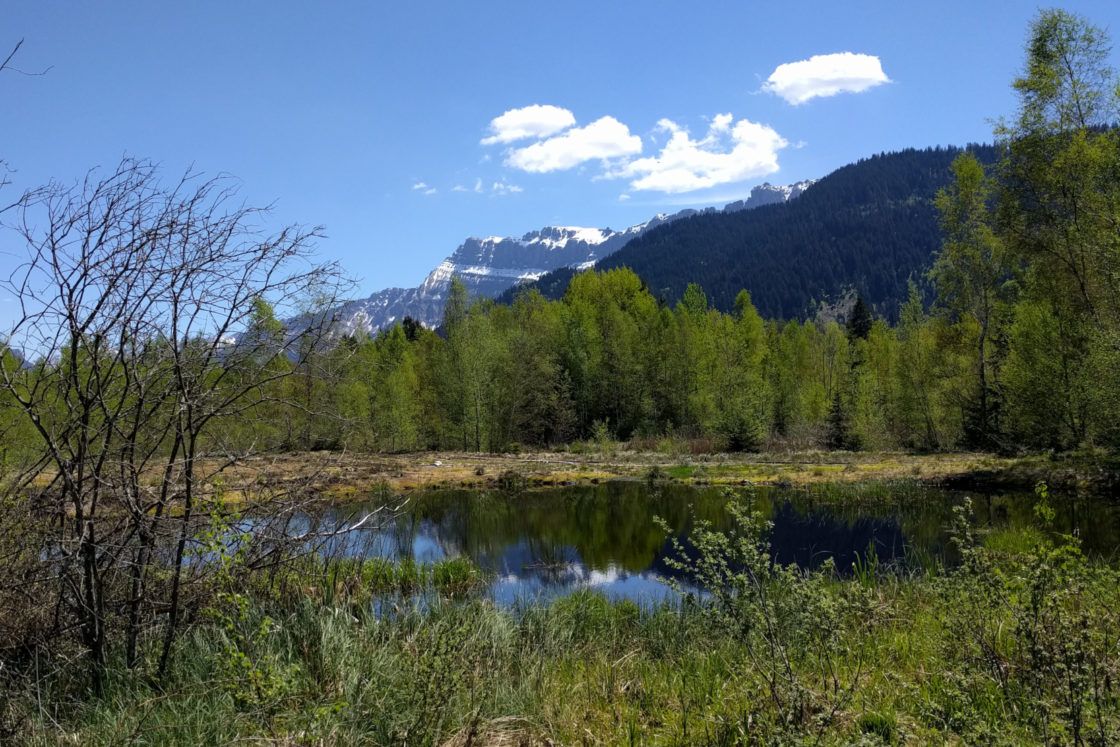 This mission is a follow-up of the Eigenthal and Rothenthurm bogs mapping, previously conducted with Pro Natura. The goal is to collect data to perform hydrologic simulations, and plan better the future work to preserve the bogs.

Bogs are made of the slow accumulation of peat, due to the decay of plants. Typically, the floor is wet, but unlike swamps, they are not irrigated by rivers, but only by the rain. In Switzerland, the majority of the bogs are very dependent on underground water flows. The terrain is acidic and low in nutrients, this is why a unique concentration of fauna and flora lives in this place, such as mosses and carnivorous plants.

The bog areas became less common, because the peat was extracted for centuries to make fuel. They were also transformed into agricultural terrains. Protecting the remaining ones is challenging, because specific conditions should be met to regenerate the bog. Some human actions, such as building roads or the use of surrounding rivers for irrigating agricultural fields, can have an unpredictable impact on the bog health.

The Balmoos and Steinmoosli bogs are protected areas, surrounded by a very green, postcard-like, environment. In fact, the grass is intensively grown and collected to produce hay.

In order to best plan the future developments, a better understanding of the bog is then necessary.
Pro Natura monitors these bogs for several years using autonomous water level data logger scattered across the bogs, measuring the water level in the peat.
Precise hydrology studies are difficult, because of the complex underground waterflow dynamics and the heterogeneous porosity of the peat. Simulations can be performed, but they require a lot of parameters such as the knowledge of the amount of rain, type of vegetation, terrain layers composition, elevation and slope.
The drone imagery allows to quickly get high-resolution maps, with an elevation model, and accurate images over multiple spectral bands. As drones are easy to deploy, they can potentially map the same place several times to measure its evolution.
This time, the goal is to complement the stationary probes by providing the missing data.

Alexandre Habersaat (DA), Stephanie Cettou (DA), Romain Baud (DA) and Bastien Amez-Droz (Pro Natura) were involved in this mission. The aerial images were all captured the same day, on the 17th of May 2017. The flight conditions were perfect: sunny, warm and low wind.
The mission was performed with one eBee, and one eBee plus. The payloads used were the standard eBee RGB camera (SODA), the S110 NIR, and the Sequoia camera. The processing was performed using Pix4D as usual.

The datasets are being analyzed by Pro Natura’s team, and we should get the results soon. Stay tuned!