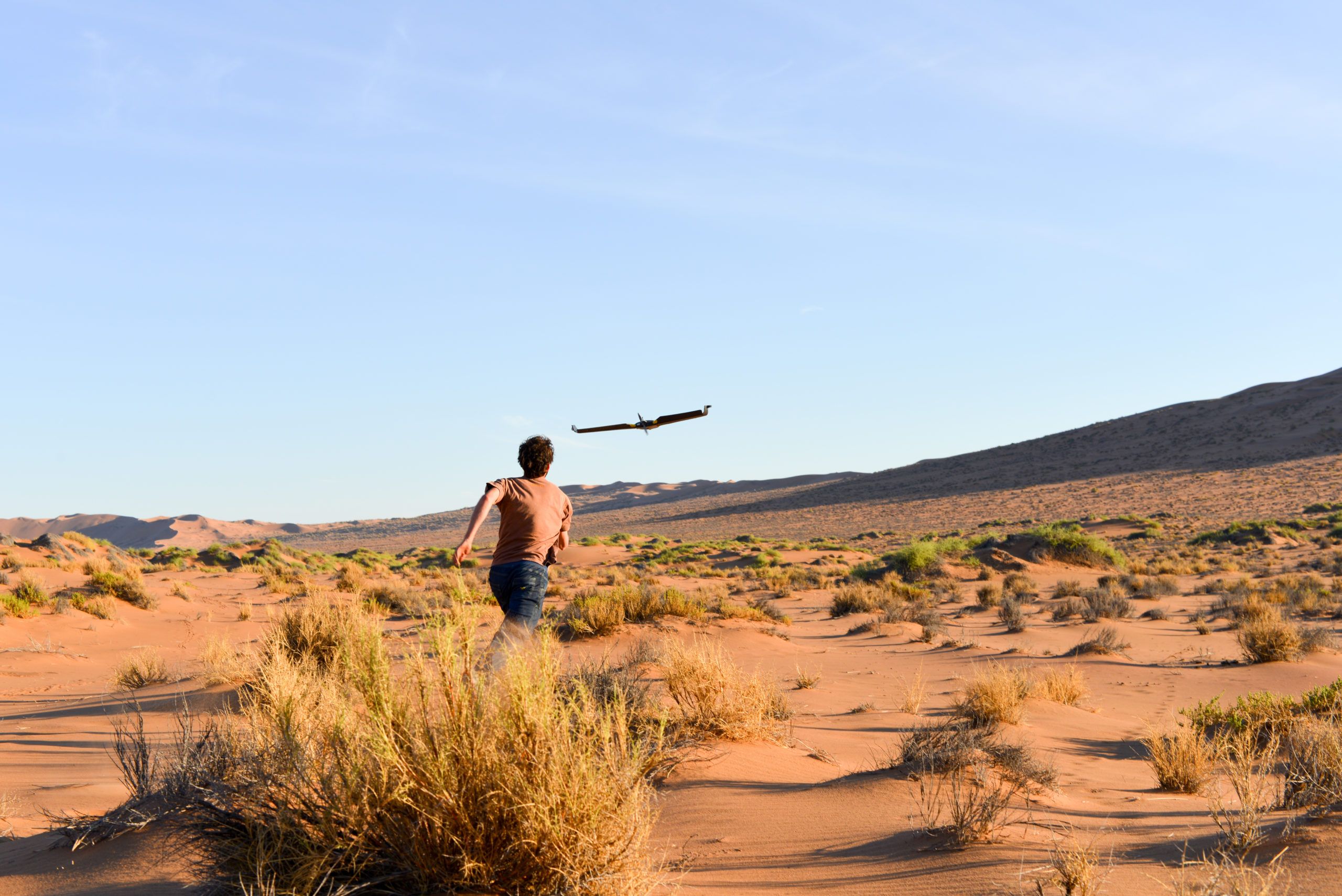 In May 2014, four members of Drones For Earth spent two weeks in the wild Namibian bush drone-mapping savanna, sand and rock for land and wildlife conservation.

As a picture speaks a thousand words, here’s a gallery of images from our flights at Kuzikus Wildlife Reserve and the Gobabeb Research and Training Center.

During this mission we took almost 15,000 aerial images with 91 eBee drone flights, generating 350GB of data that took our friends at Pix4D and EPFL-LASIG weeks to process!  Analysis of the data is still ongoing, here’s a sneak peak at one of the zones that we mapped around Gobabeb:

We call this dataset “The Three Deserts.” The dry Kuiseb riverbed has enough water during the year to support lush green trees on its dry shores, and creates a natural border between the red sand dunes of the Namib desert to the south-west and the rocky yellow expanse of the to the north-east.  As an added bonus, have a look at this video fly-through of the dataset!